What's on This Page?

The tabs on this page lists sources on American government and U.S. political history.

Sources of information on Congress, Members, and Districts:

This page lists online and print resources useful for finding biographies, voting records, interest group ratings, issue positions, key votes, and campaign finance reports for members of the United States Senate and the House of Representatives. These sources also provide demographic and other information on the states and districts these individuals represent.

United States Government Manual.
- Current and past editions are found online via www.gpo.gov.
- Previous editions in print at Main Library JK421 .U6.
- As the official handbook of the Federal Government, it provides comprehensive information on the agencies of the legislative, judicial, and executive branches, plus information on quasi-official agencies; international organizations in which the United States participates; and boards, commissions, and committees.

The ProQuest Congressional guide is a helpful tool for making use of this resource.

Congressional Research Service. (CRS)
- CRS works exclusively for the United States Congress, providing policy and legal analysis to committees and members of both the House and Senate, regardless of party affiliation. CRS reports are widely regarded as authoritative, confidential, objective and nonpartisan.
- CRS does not print or distribute the reports to libraries, but thousands of CRS reports are freely available on the Internet via:

CQ Researcher plus Archive.
[online resource; UCSB IP addresses only]
- A database of in-depth, authoritative reports on political and social-policy issues extending back to 1923.

Public and Private Laws. (Slip Laws)
- Public and private laws - also known as slip laws - are official publications of the law. Public laws affect society as a whole, while private laws affect an individual, family, or small group. After the President signs a bill into law, it is delivered to the Office of the Federal Register (OFR), National Archives and Records Administration (NARA) where it is assigned a law number, legal statutory citation (public laws only), and prepared for publication as a slip law. Private laws receive their legal statutory citations when they are published in the United States Statutes at Large.

United States Statutes at Large. (1951 - most current volume)
- The United States Statutes at Large is a chronological compilation of the laws and resolutions enacted during each session of Congress. The Statutes at Large is published by the Office of the Federal Register (OFR), National Archives and Records Administration (NARA), and under the provisions of 1 U.S.C. 112, the printed edition of the Statutes is legal evidence of the laws, concurrent resolutions, proclamations by the President, and proposed and ratified amendments to the Constitution.
- Also available in print at Main Ref KF50 .A3 [Non-circulating].

United States Code. (USC)
- A code is a subject arrangement of the law. The United States Code is the codification by subject matter of the general and permanent laws of the United States. It is divided by broad subjects into 51 titles and published by the Office of the Law Revision Counsel of the U.S. House of Representatives.
- The U.S. Code does not include regulations issued by executive branch agencies, decisions of the Federal courts, treaties, or laws enacted by State or local governments. Regulations issued by executive branch agencies are available in the Code of Federal Regulations (see entry below). Proposed and recently adopted regulations may be found in the Federal Register.

United States Code Service. (USCS) "Lawyer's edition"
- This is an annotated version of the U.S. Code. An annotated code includes, in addition to the text of the statutes, references to cases, other statutes, regulations and other research aids. The official U.S. Code (above) does not have case annotations.
- Main Ref KF62 1972 .L38 [Non-circulating]

Federal Register. (FR)
- Published by the Office of the Federal Register, National Archives and Records Administration (NARA), the Federal Register is the official daily publication for rules, proposed rules, and notices of Federal agencies and organizations, as well as executive orders and other presidential documents.

Code of Federal Regulations. (CFR)
- The Code of Federal Regulations (CFR) is the codification of the general and permanent rules published in the Federal Register by the departments and agencies of the Federal Government. It is divided into 50 titles that represent broad areas subject to Federal regulation. The 50 subject matter titles contain one or more individual volumes, which are are divided into chapters that usually bear the name of the issuing agency. Each chapter is further subdivided into parts that cover specific regulatory areas.
- Also available in print at Ref KF70 .A3

The public papers of the Presidents of the United States.
- An official series in which Presidential writings, addresses, and remarks of a public nature are compiled and published by the Office of the Federal Register, National Archives and Records Administration.

Executive Orders.
- Executive Orders are official documents that the President issues to manage the operations of the Federal government. Executive orders are used by a president to exercise authority, while executive proclamations focus on something ceremonial in nature.

Presidential Recordings.
5,000 hours of telephone and meeting tape that Presidents Franklin D. Roosevelt through Richard M. Nixon recorded during their time in the White House.

The following is a select list of Executive department bureaus, offices and agencies, including links to many important federal document, database and statistics sources:

Department of the Interior.

Department of the Treasury.

Other Federal Agencies, Commissions and Sites:

AgingStats.gov.
- Website of the Federal Interagency Forum on Aging-Related Statistics.

childstats.gov.
- Website of the Federal Interagency Forum on Child and Family Statistics.

Environmental Protection Agency. (EPA)
- The EPA collects and analyzes data on air and water quality, hazardous wastes, ozone depletion and UV exposure rates, super fund and other cleanup and reclamation activities, radiation and toxic waste exposure, with a view to how these affect human health and the environment. See especially the agency's Envirofacts - a single point of access to multiple EPA environmental databases.

Federal Trade Commission. (FTC)
- responsible for preventing business practices that are anti competitive or deceptive or unfair to consumers; for enhancing informed consumer choice and public understanding of the competitive process; and for doing this without unduly burdening legitimate business activity.
- See especially the FTC's Bureau of Economics research reports.

Other sources of Federal information:

NCSC: National Center for State Courts.
- Provides judicial branch links for each state, focusing on the administrative office of the courts, the court of last resort, any intermediate appellate courts, and each trial court level.
- Under the "Information & Resources" tab, look for the "Connect to state court websites" link.

SCOTUSblog.
- A blog that is "Devoted to comprehensively covering the U.S. Supreme Court without bias and according to the highest journalistic and legal ethical standards."

Federal Judicial Center. Biographical directory of Federal judges.
- Biographies of presidentially-appointed judges who have served since 1789 on the U.S. District Courts, the U.S. Courts of Appeals, the Supreme Court of the United States,  the former U.S. Circuit Courts, and the federal judiciary's courts of special jurisdiction.

Oyez.
- Oyez (pronounced OH-yay)—a free law project from Cornell’s Legal Information Institute (LII), Justia, and Chicago-Kent College of Law—is a multimedia archive devoted to making the Supreme Court of the United States accessible to everyone. It is the most complete and authoritative source for all of the Court’s audio since the installation of a recording system in October 1955. Oyez offers transcript-synchronized and searchable audio, plain-English case summaries, illustrated decision information, and full-text Supreme Court opinions (through Justia). Oyez also provides detailed information on every justice throughout the Court’s history and offers a panoramic tour of the Supreme Court building, including the chambers of several justices.

Pew Charitable Trusts. State Policy page.
- Recognizing that state lawmakers play a major role in advancing the quality of Americans’ lives, from helping to protect the air we breathe and water we drink, to educating our children, Pew supports research on emerging topics and develops 50-state comparisons to identify innovative approaches states are using to help solve complex challenges.

State of California. Department of Finance.

openstates.
- A free, open source API that aims to make legislative information from all 50 states, Washington DC, and Puerto Rico available to the public.

FactCheck.org.
- A project of the Annenberg Public Policy Center of the University of Pennsylvania, FactCheck.org bills itself as a "nonpartisan, nonprofit 'consumer advocate' for voters that aims to reduce the level of deception and confusion in U.S. politics." It monitors the accuracy of what is said by major U.S. politicians and others in TV ads, debates, speeches, interviews and news releases.

- Database of editable slides on important policy topics, a custom creation service to produce visuals for project big and small, a database of in-depth profiles of policymakers and influencers at the federal, state, and local levels, and deep research illuminating pathways between key influencers in DC and beyond.

PolitiFact.com.
- A project of the St. Petersburg Times that aims to help readers find the truth in American politics. Reporters and editors from the Times fact-check statements by members of Congress, the White House, lobbyists and interest groups and rate them on its Truth-O-Meter.

Politics1.com.
- A largish political blog and news site published as "a non-partisan public service to promote fully informed decision-making by the American electorate."

How Our Laws Are Made

Provides a detailed introduction to bills, hearings, reports and other legislative documents, and an overview of the law-making process. 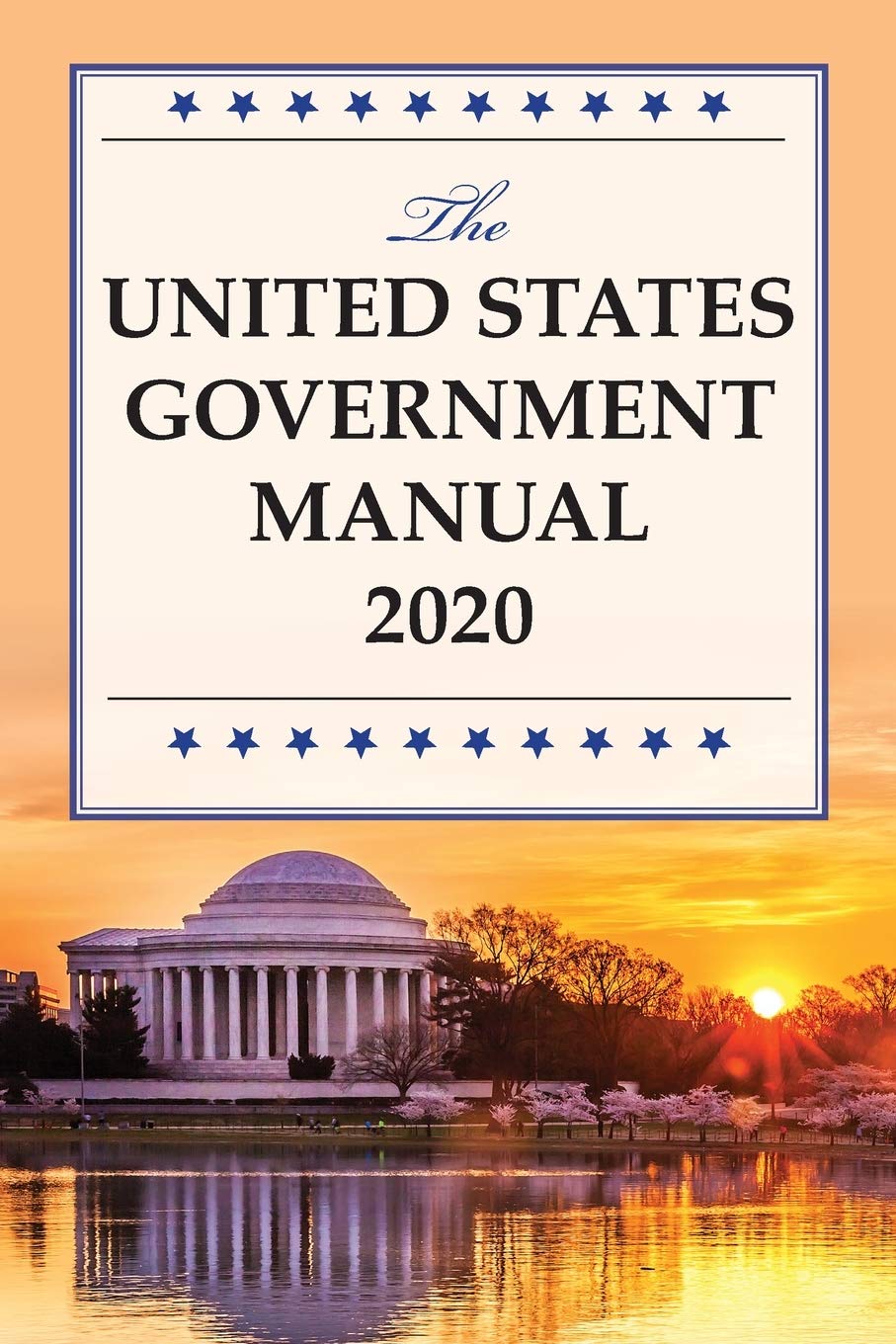