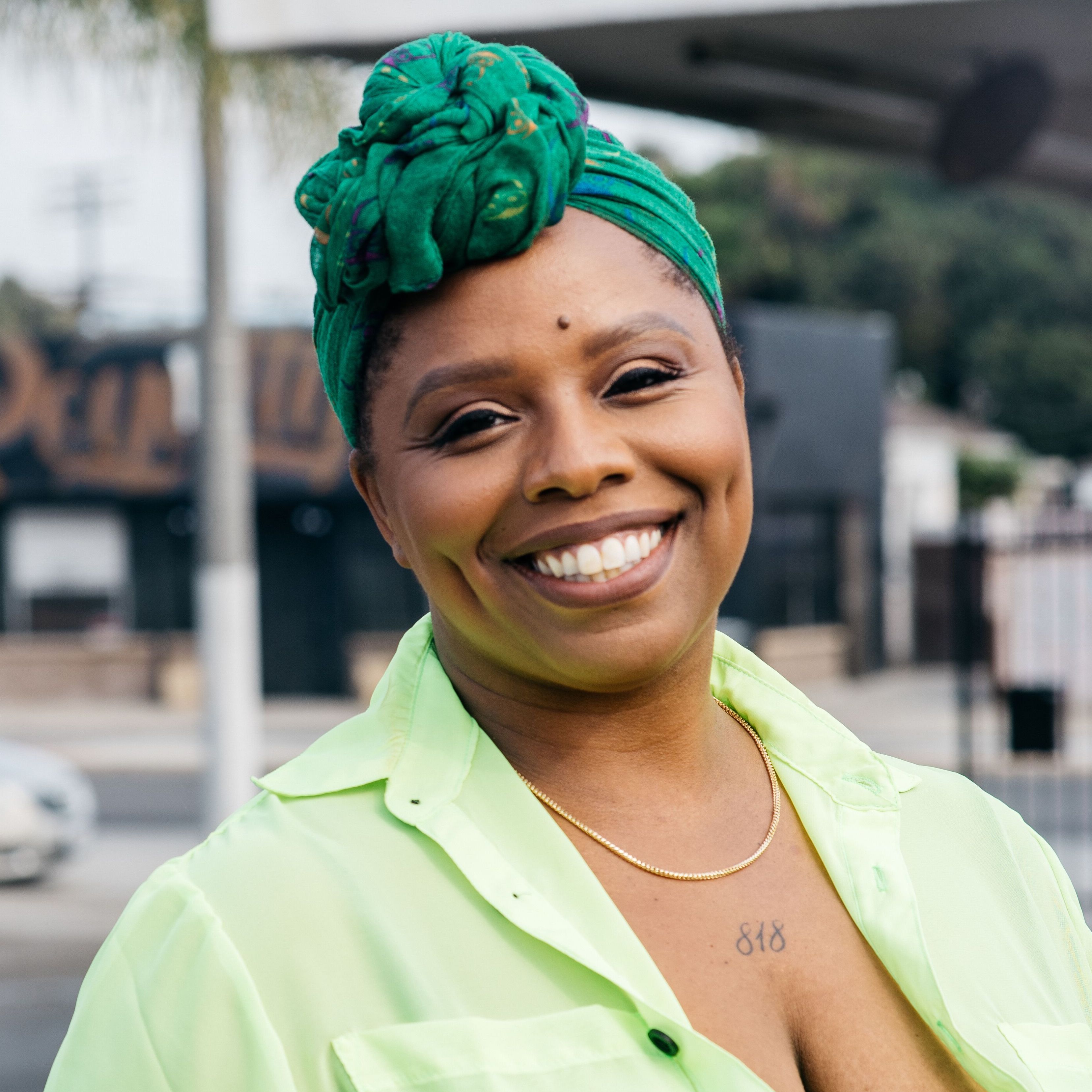 Artist, organizer, educator, and popular public speaker, Patrisse Cullors is a Los Angeles native, Co-Founder and Executive Director of the Black Lives Matter Global Network, Founder of grassroots Los Angeles-based organization Dignity and Power Now. For the last 20 years, Patrisse has been on the frontlines of criminal justice reform and led Reform LA Jails’ “Yes on R” campaign, a ballot initiative that passed by a 73% landslide victory in March 2020.

Patrisse co-founded the global Black Lives Matter movement in 2013 after sparking the viral Twitter hashtag. The movement has since expanded into an international organization with dozens of chapters around the world campaigning against anti-black racism. Cullors’ work for Black Lives Matter recently received recognition in TIME Magazine’s 100 Most Influential People of 2020 list and TIME Magazine’s 2020 ‘100 Women of the Year’. In January 2016, Patrisse Cullors published her memoir, When They Call You a Terrorist: A Black Lives Matter Memoir, which became an instant New York Times Bestseller.

From 2016 to 2018 Patrisse worked as a Senior Fellow at MomsRising where she worked on ground breaking Federal legislation that will change the outcomes of maternal mortality for women, especially Black women. She also executive produced two podcasts with Rewire and developed a booklet labeled “c-section chronicles”. Patrisse Cullors is a former staff writer at Freeform’s Good Trouble series as well as an actress on the show.
As an artist Patrisse has directed and produced world renowned theater, performance pieces and docu-series. Her work has been on networks like BET and Blackpills as well as theaters and galleries across the world. Most recently she conducted her first solo show titled Respite, Reprieve and Healing: An Evening of Cleansing. Her work focuses on trauma, healing and resilience.

Patrisse is currently the Faculty Director at Arizona’s Prescott College of a new Social and Environmental Arts Practice MFA program that she has developed. It is the first of its kind in the nation to focus a curriculum on the intersection of art, social justice and community organizing.
Patrisse is the recipient of the Stanton Fellowship from the Durfee Foundation. She has held residencies at The 24th Street Theater and Kalamazoo College. Patrisse has exhibited widely across Los Angeles and the United States, from traditional arts institutions to public spaces. Her work has been shown at Art Basel Miami, Hauser & Wirth, Los Angeles Contemporary Exhibitions, the California African American Museum, the San Diego Art Institute, Kalamazoo College, Pieter Performance Space, Highways Performance Space, Langston Hughes Performing Arts Institute and more. Patrisse holds her MFA from USC Roski School of Art and Design.

Patrisse has been honored with various awards including: The 2020 Durfee Stanton Fellowship, The 2019 Champion for Peace and Justice from the Trayvon Martin Foundation, The Next Generation Award (2018) from ACLU National, The Sydney Peace Prize Award (2017), Black Woman of the Year Award (2015) from The National Congress of Black Women, Civil Rights Leader for the 21st Century Award (2015) from the Los Angeles Times, Community Change Agent Award (2016) from BLACK GIRLS ROCK!, Inc., Women of the Year Award for the Justice Seekers Award (2016) from Glamour, and ESSENCE’ first-ever Woke Award.

In honor of Patrisse’s leadership, vision and her work for Black Lives Matter, the Los Angeles City Council has declared “Patrisse Cullors Day” on February 2, 2020.