When They Call You a Terrorist is Patrisse Cullors and asha bandele’s reflection on humanity. It is an empowering account of survival, strength and resilience and a call to action to change the culture that declares innocent Black life expendable.

Raised by a single mother in an impoverished neighborhood in Los Angeles, Patrisse Cullors experienced firsthand the prejudice and persecution Black Americans endure at the hands of law enforcement. For Patrisse, the most vulnerable people in the country are Black people. Deliberately and ruthlessly targeted by a criminal justice system serving a white privilege agenda, Black people are subjected to unjustifiable racial profiling and police brutality. In 2013, when Trayvon Martin’s killer went free, Patrisse’s outrage led her to co-found Black Lives Matter with Alicia Garza and Opal Tometi.

Condemned as terrorists and as a threat to America, these loving women founded a hashtag that birthed the movement to demand accountability from the authorities who continually turn a blind eye to the injustices inflicted upon people of Black and Brown skin.

Championing human rights in the face of violent racism, Patrisse is a survivor. She transformed her personal pain into political power, giving voice to a people suffering inequality and a movement fueled by her strength and love to tell the country—and the world—that Black Lives Matter. 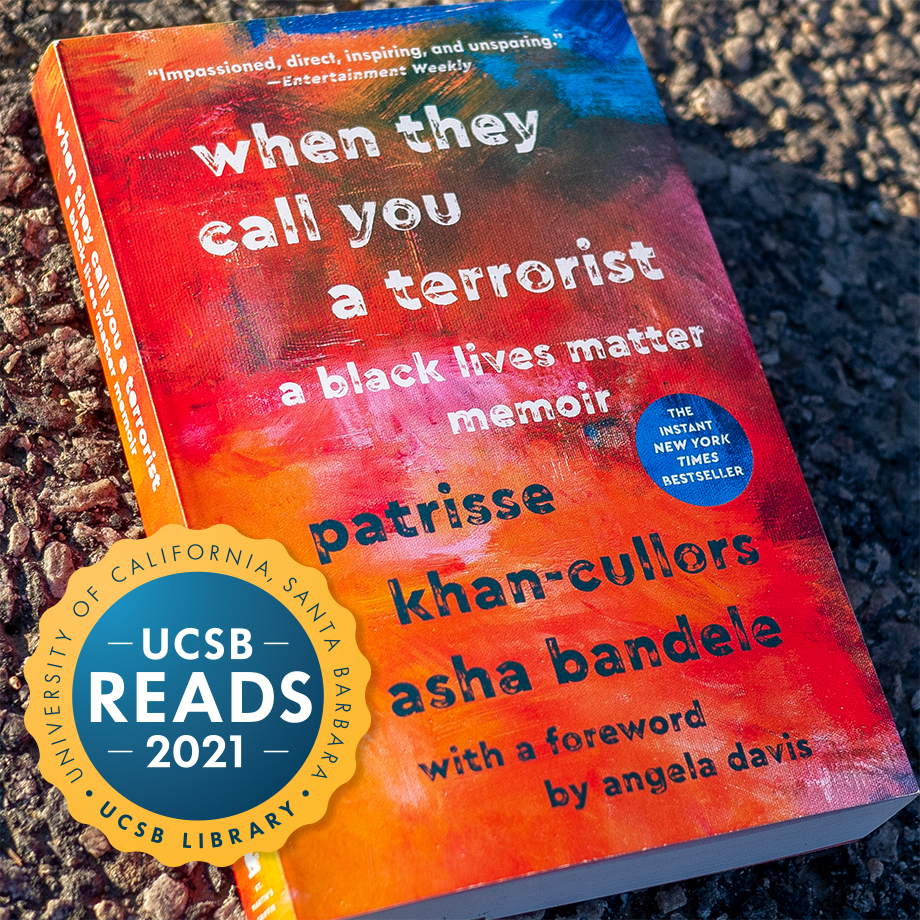 Please email UCSBReads@library.ucsb.edu with any questions.

“This book is a must-read for all of us.” ― Michelle Alexander, author of The New Jim Crow

"This is a story of perseverance from a woman who found her voice in a world that often tried to shut her out. When They Call You a Terrorist is more than just a reflection on the American criminal justice system. It’s a call to action for readers to change a culture that allows for violence against people of color." –– TIME Magazine, named one of the Best Memoirs of 2018 So Far

“This powerful book by Black Lives Matter co-founder Patrisse Khan-Cullors reminds us American racism is pervasive…the mission of Khan-Cullors and her fellow activists has never been more important – or more urgent.” –– The Guardian

Cassius’ “Black Books to Add to Your Reading List”

Vogue’s “The Most Anticipated Books of January 2018”

ELLE’s “19 of the Best Books to Read This Winter”

What is a memoir?

A memoir is a historical account or biography written from personal knowledge or special sources.

Get the Book: Information for Faculty, Students, Staff and the Community

Print and electronic copies for staff book clubs.  If you are organizing or participating in a campus book club, please email UCSBReads@library.ucsb.edu with "Staff Book Club" in the subject line and indicate if you want a print or electronic copy of the book..

Copies for the community:

Buy a copy from a bookstore: