A two-credit course in the techniques and tools for effective searching the literature of chemistry, biochemistry, chemical engineering and related fields.

Patents vs. other forms of intellectual property

What may be patented? (under US law)

The patent application must contain:

This disclosure of information is what the inventor trades for the monopoly grated by the patent. The idea is to allow others to build on the ' however, if invention to create new and original inventions. If an inventor wishes to keep the details of their invention private, they may keep it a trade secret; however, if someone else reverse-engineers the formula or process or mechanism, the original inventor would have no legal recourse to prevent them from manufacturing or selling it.

Components of a U.S. Patent

Patents on the international level

Chemical patents often have claims made for a whole family of compounds. These are called Markush claims, after Eugene Markush, whose patent with a generic compound description was upheld in court, setting a precedent under U.S. law.. The inventor need not have tested or even prepared all members of the family -- just make a chemically plausible claim of equivalence. 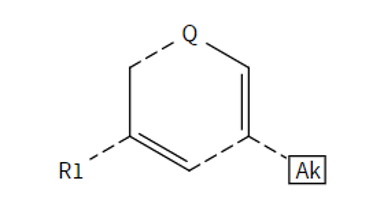 where Q is any atom not carbon or hydrogen, Ak is any alkyl group, and R1 is any group chosen from halogens, -CN or -NO2

Why use technical reports?

This work by Charles F. Huber is licensed under a Creative Commons Attribution-NonCommercial-ShareAlike 3.0 Unported License.
Based on a work at guides.library.ucsb.edu