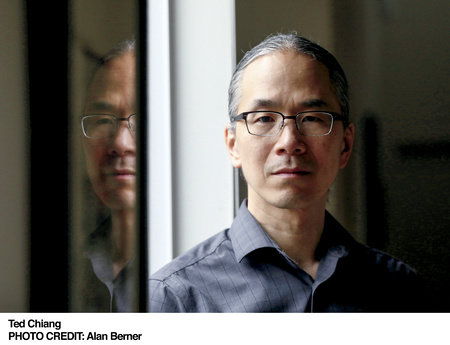 Chiang combines speculative fiction and philosophy to imagine morally complex worlds with characters and dilemmas that (in the words of Joyce Carol Oates) will “linger in the memory the way riddles may linger—teasing, tormenting, illuminating, thrilling.” He has won more than two dozen prizes, including four Hugo, four Nebula, and four Locus awards, and has been featured in The Best American Short Stories. The Oscar-nominated film, Arrival, was based on a novella by Chiang called "Story of Your Life."