Clicking on the name of the series will point you one, of potentially several, means of accessing of data series.

to see other sources, which may include different coverage of the series. 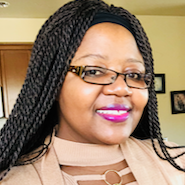