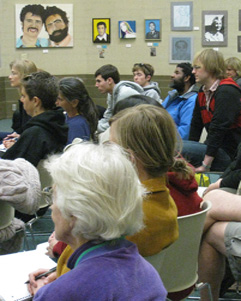 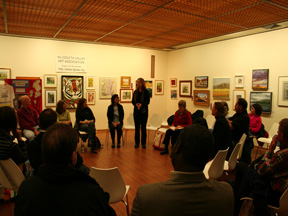 Sebastian Seung: "Connectome: How the Brain's Wiring Makes Us Who We Are"

January 10, 4 pm. UCSB Mosher Alumni Hall, 2nd Floor
Dr. Seung is Professor of Computational Neuroscience in the Department of Brain and Cognitive Sciences and the Department of Physics at the Massachusetts Institute of Technology. He directs the scientific programs of WiredDifferently, an organization that supports “citizen neuroscience.” The ultimate goal of WiredDifferently is to test the hypothesis that the uniqueness of a person, from memories to mental disorders, lies in his or her connectome. His research has been communicated to the general public by the TED talk “I am my connectome” and book Connectome: How the Brain's Wiring Makes Us Who We Are. Sponsored by the Sage Center for the Study of the Mind.

Wednesday, January 30, 7 pm, UCSB Pollock Theater
Tickets: $5.00
Fast-talking yuppie Charlie Babbitt (Tom Cruise) is forced to slow down when he embarks on a life-changing cross-country odyssey with the brother he never knew he had, an autistic savant named Raymond (Dustin Hoffman in his Oscar winning role) who's spent most of his life in an institution. The character on which Raymond is based is discussed in Moonwalking with Einstein. An introduction will be offered by Lynn and Bob Koegel from the Koegel Autism Center, and a Q&A with screenwriter Barry Morrow will follow the screening. Co-sponsored by UCSB Reads, the department of Film and Media Studies, and the Carsey-Wolf Center.

February 6, 12 pm. UCSB Library, Mary Cheadle Room, 3rd Floor
Join librarian Eunice Schroeder for an informal discussion about Moonwalking with Einstein. Even if you haven't read the book yet, come hear from others about Foer's exploration of memory and how it provides context for the other UCSB Reads events being offered throughout the winter quarter.

Justin Kantner: "What Your Recognition Memory Response Bias Says About You"

February 8, 2 pm. SRB 3282
The CLAS Creative Writing Program offers this UCSB Reads-inspired workshop on getting published to currently registered UCSB students. Led by CLAS Writing Instructor Amy Boutell, who will share her experience as a former magazine editor and assistant literary agent in New York. Sign up at my.sa.ucsb.edu/clas; space is limited.

Logan Fiorella: "Is Teaching Really the Best Way to Learn?" 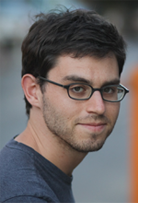 March 4, 8pm. UCSB Campbell Hall
Joshua Foer, author of the UCSB Reads 2013 book selection Moonwalking with Einstein: The Art and Science of Remembering Everything will offer a free public reading and talk. Co-presented by UCSB Reads and UCSB's Arts & Lectures.

Live Readings of Selections from Moonwalking With Einstein

Weekdays from Noon-12:30, KCSB-FM 91.9
Tune in as campus and community volunteers read excerpts from the book on our campus radio station.  It will also be streamed on the station's website at http://www.kcsb.org. Until February 15.

Miguel Eckstein: "Finding Your Toothbrush: How Does Your Brain Do That?"

Art Shimamura: "Recollecting the Past: An Analysis of the Neural Basis of Episodic Memory"

March 11-17
A global campaign to increase public awareness of the progress and benefits of brain research.

March 14, 4 pm. UCSB Mosher Alumni Hall, 2nd Floor
Jack Gallant is Professor of Psychology at the UC Berkeley, and is affiliated with the graduate programs in Bioengineering, Biophysics, Neuroscience and Vision Science. His research focuses on constructing computational models that accurately describe how the brain encodes information during natural tasks, and to use these models to decode information in the brain in order to reconstruct mental experiences. Sponsored by the Sage Center for the Study of the Mind.

Michael Platt: "Charity and Deception in the Brain"

April 18, 4 pm. UCSB Mosher Alumni Hall, 2nd Floor
Michael Platt is Professor of Neurobiology and the Director of the Center for Cognitive Neuroscience at Duke University. Professor Platt studies the brain mechanisms of making decisions in both humans and non-human primates using a variety of techniques, including behavioral, neurophysiological, neuroimaging, pharmacological, and genetic techniques. His research applies principles of decision theory, derived from both evolutionary ecology and behavioral economics, to study how the brain decides between different actions. Professor Platt is Past President of the Society for Neuroeconomics. Sponsored by the Sage Center for the Study of the Mind.

May 23, 4 pm. UCSB Mosher Alumni Hall, 2nd Floor
Ed Bullmore studied medicine at the University of Oxford and Saint Bartholomew's Hospital in London and trained in psychiatry at the Maudsley Hospital, London. He was awarded a PhD in statistical analysis of MRI data at the Institute of Psychiatry, London and in 1999 was appointed Professor of Psychiatry at the University of Cambridge, where he set up the Brain Mapping Unit. He is director of the fMRI at the Wolfson Brain Imaging Centre and director of CAMEO, a clinical service for patients with early symptoms of psychosis. Since 2005 he has been Clinical Director of the Behavioural & Clinical Neuroscience Institute, and Vice-President, Experimental Medicine, for GlaxoSmithKline. The primary foci of his research are schizophrenia and other neurodevelopmental disorders, psychopharmacological effects on brain function, and the integration of imaging and genetics. Sponsored by the Sage Center for the Study of the Mind.