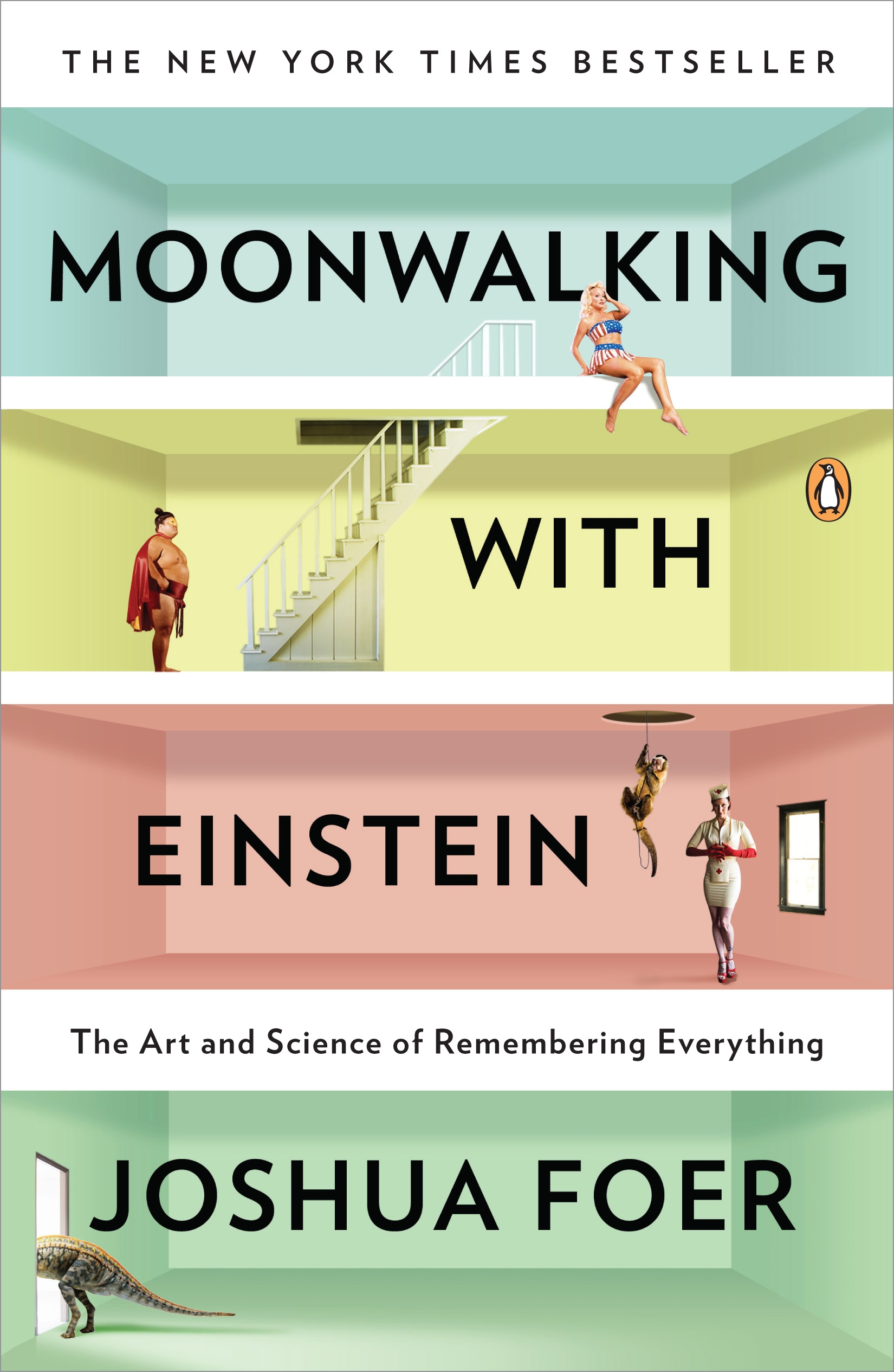 Joshua Foer, Moonwalking with Einstein: The Art and Science of Remembering Everything.  New York: Penguin, 2011.

While researching an article on the USA Memory Championships, Joshua Foer was equally dubious and intrigued by one contestant's claim that even an average memory like Foer's, "if used properly," could win the event. And, after a year of memory training, he found himself in the finals of that same championship. Under the tutelage of "mental athletes," Foer learns ancient techniques once employed by Cicero to memorize his speeches and by medieval scholars to memorize entire books. Moonwalking with Einstein draws on cutting-edge research, a surprising history of memory, and venerable tricks of the mentalist's trade to transform our understanding of remembering. Through his extraordinary odyssey, we acquire a profound appreciation of a gift we all possess but that often slips our minds.

Read an excerpt from Moonwalking with Einstein.

"His passionate and deeply engrossing book…is a resounding tribute to the muscularity of the mind… In the end, Moonwalking with Einstein reminds us that though brain science is a wild frontier and the mechanics of memory little understood, our minds are capable of epic achievements."  The Washington Post

"As Mr. Foer's own occasional absent-mindedness should remind us, the human memory is a complicated, confounding subject. Yet, in the end, Moonwalking With Einstein proves uplifting: It shows that with motivation, focus and a few clever tricks, our minds can do rather extraordinary things."  The Wall Street Journal

"It’s a terrific book: sometimes weird but mostly smart, funny and ultimately a lovely exploration of the ways that we preserve our lives and our world in the golden amber of human memory."  New Scientist