How can we be happier in cities? Charles Montgomery looks for answers at the intersection of urban design and the new science of happiness. In psychology, neuroscience, and behavioral economics, and in cityscapes from Disneyland to Dubai, he explores the link between the ways we design our cities and the ways we think, feel, and act. His work demonstrates how each of us can change our own lives by changing our relationship with the cities we inhabit.

Charles Montgomery is an award-winning author, urbanist, and leader of a consultancy building more happiness into cities. He is the author of the book Happy City, about which The New York Times wrote: “Happy City is not only readable but stimulating. It raises issues most of us have avoided for too long. Do we live in neighborhoods that make us happy? That is not a silly question. Montgomery encourages us to ask it without embarrassment, and to think intelligently about the answer.”

He has advised and lectured planners, students, and decision-makers across the USA, Canada, the UK, Saudi Arabia, and Mexico. Montgomery also creates experiments that challenge us to see our cities—and ourselves—in entirely new ways. His Home for the Games initiative led hundreds of people to follow his example and open their homes to strangers during the Vancouver 2010 Olympics. Working with the BMW Guggenheim Lab and the citizens of New York City, he transformed an empty lot into a machine to maximize feelings of altruism. Whether it is empowering people to re-imagine a city street using hundreds of huge building blocks, or challenging them to hug total strangers, each experiment is driven by insights in the science of human wellbeing. Montgomery’s work nudges us out of our comfort zone to find a hopeful new vision for cities of joy.

Montgomery and his team have turned the lessons from Happy City into a tool for helping people bring more happiness into their cities. They are using it to transform places and people’s lives in Mexico City, Auckland, London, and elsewhere. Montgomery launched the world’s first Happy Neighbourhood Audit in Mexico City, and his team also began work with the World Health Organization’s Europe Healthy Cities Unit. Montgomery has also been working with TIME Magazine on an interactive survey exploring happiness in American cities. Beta version here, with interactive version in development. The Canadian Institute of Planners recently awarded Happy City with the 2020 Healthy Communities Planning Award for Planning Excellence. This award recognizes the firm’s project, the “Pavement-to-Plaza Wellbeing Assessment,” a public study designed in partnership with the City of Vancouver.

Montgomery’s writings on urban planning, psychology, culture, and history have appeared in magazines and journals on three continents. Among his awards is a Citation of Merit from the Canadian Meteorological and Oceanographic Society for outstanding contribution towards public understanding of climate change science. His first book, The Last Heathen, won the 2005 Charles Taylor Prize for Literary Non-fiction and vigorous praise from reviewers in The New York Times, The Guardian, and elsewhere. 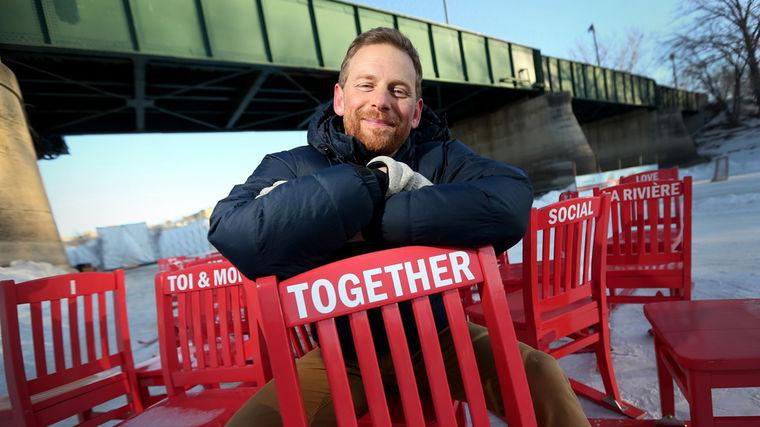 Charles Montgomery will present a free, public talk at 7:30PM on Wednesday, May 10, 2023 in UCSB's Campbell Hall.