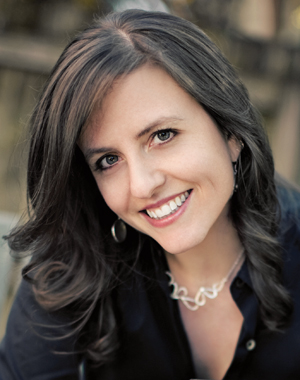 REBECCA SKLOOT followed her father’s literary footsteps and became an award-winning author who made a huge splash with her debut book, The Immortal Life of Henrietta Lacks.  She has received wide acclaim for her work as a science and medical writer in Columbia Journalism Review; Discover;  The New York Times Magazine; O, The Oprah Magazine; and Prevention; among numerous other publications.

In addition to writing, Skloot was a guest editor of The Best American Science Writing 2011 and is a contributing editor at Popular Science magazine.  She teaches writing workshops and in creative writing programs as well as gives talks at conferences and universities.  Since the release of her book, Skloot has been invited to appear on numerous radio and television shows including ABC World News Tonight, CBS Sunday Morning, The Colbert Report, Fox Business News, and  Fresh Air with Terry Gross.  In her spare time, she writes for Culture Dish, her blog on science, life, and writing, currently hosted on her own website.

Skloot has a B.S. degree in biological sciences from Colorado State University and an MFA in creative nonfiction from the University of Pittsburgh.   Rebecca fell in love with science at an early age and at age 4, decided she wanted to be a veterinarian.  A writing instructor at Colorado State University saw another possibility for her and advised her to pursue writing as something more than a hobby.  She went on to pursue an MFA in a creative nonfiction program at the University of Pittsburgh where she decided to write her master’s thesis on forgotten women of science.