That's Entertainment: Dan Guerrero and the Making of a Hollywood Original: Exhibition Images

That's Entertainment centers on the life of a man Hispanic magazine once named “one of the 25 most powerful Latinos in Hollywood.” Son of the legendary musician Lalo Guerrero, Dan Guerrero is an award-winning television and live event producer, a Broadway 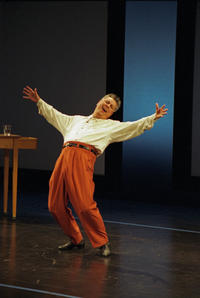 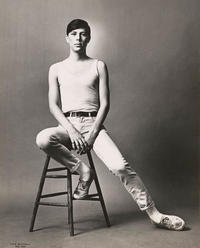 Guerrero acted and danced in off-Broadway productions early in his career. This photograph was taken in 1963 in New York City by photographer Jack Mitchell. 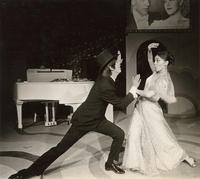 "Danny Guerrero" dancing in Ben Bagley's musical comedy The Decline and Fall of the Entire World as Seen Through the Eyes of Cole Porter. Performed at the Washington Theater Club.

As a producer-director, Guerrero hams  it up with the make-up team.

Guerrero Directing a Rehearsal of ¡Adelita!

Guerrero directing a rehearsal of ¡Adelita! The Women of the Mexican Revolution with playwright Luis Valdez and UFW labor leader Dolores Huerta at the 2009 San José Mexican Heritage and Mariachi Festival. Valdez introduced Huerta as a modern-day “Adelita.” Linda Ronstadt was artistic director and Guerrero produced and directed  the show.

Guerrero with the Mexican American Legal Defense and Educational Fund 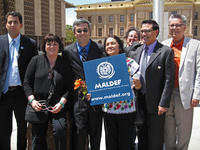 Guerrero’s advocacy has included joining with the Mexican American Legal Defense and Educational Fund to speak out against Arizona SB 1070, a 2010 bill that many accused of encouraging the racial profiling of Latinos. 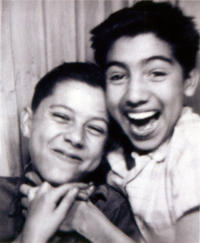 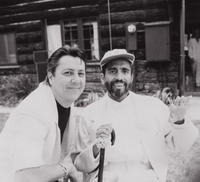 Guerrero’s close friendship with artist Carlos Almaraz endured until Almaraz’s untimely death in 1989 due to complications from AIDS. Almaraz is considered to be one of the most influential Chicano artists.

Dan Guerrero in Los Angeles in the mid 1940s with his father, Lalo Guerrero, considered by many to be the "father of Chicano music." 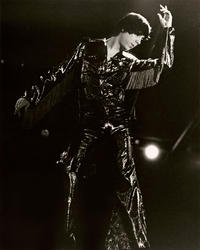 Guerrero performed the part of Conrad Birdie in the production of Bye Bye Birdie at the Sharon Playhouse in Connecticut. Reviewer Michele Gerrig wrote: "Danny Guerrero beautifully belts out Conrad's rocking numbers, swivels hips in Elvis fashion, guzzles down cans of beer, and struts about in true super-star style."

Guerrero at the White House

Guerrero also performed the Ben Bagley musical at the White House for President and Mrs. Nixon in January 1970. This was the first of various meetings with U.S. presidents.

Head producer Dan Guerrero with  a bevy of celebrities and showgirls at the 100th El Show de Paul Rodriguez. This was the first national, bilingual talk and sketch-comedy show where many luminaries were interviewed, including Cesar Chávez and Jack Lemmon. The show ran from 1990-1994.

Guerrero posing alongside his father, Lalo Guerrero, who in 1998 received an ALMA (American Latino Media Arts) award from the National Council of La Raza. The award celebrates Latinos in the entertainment industry.