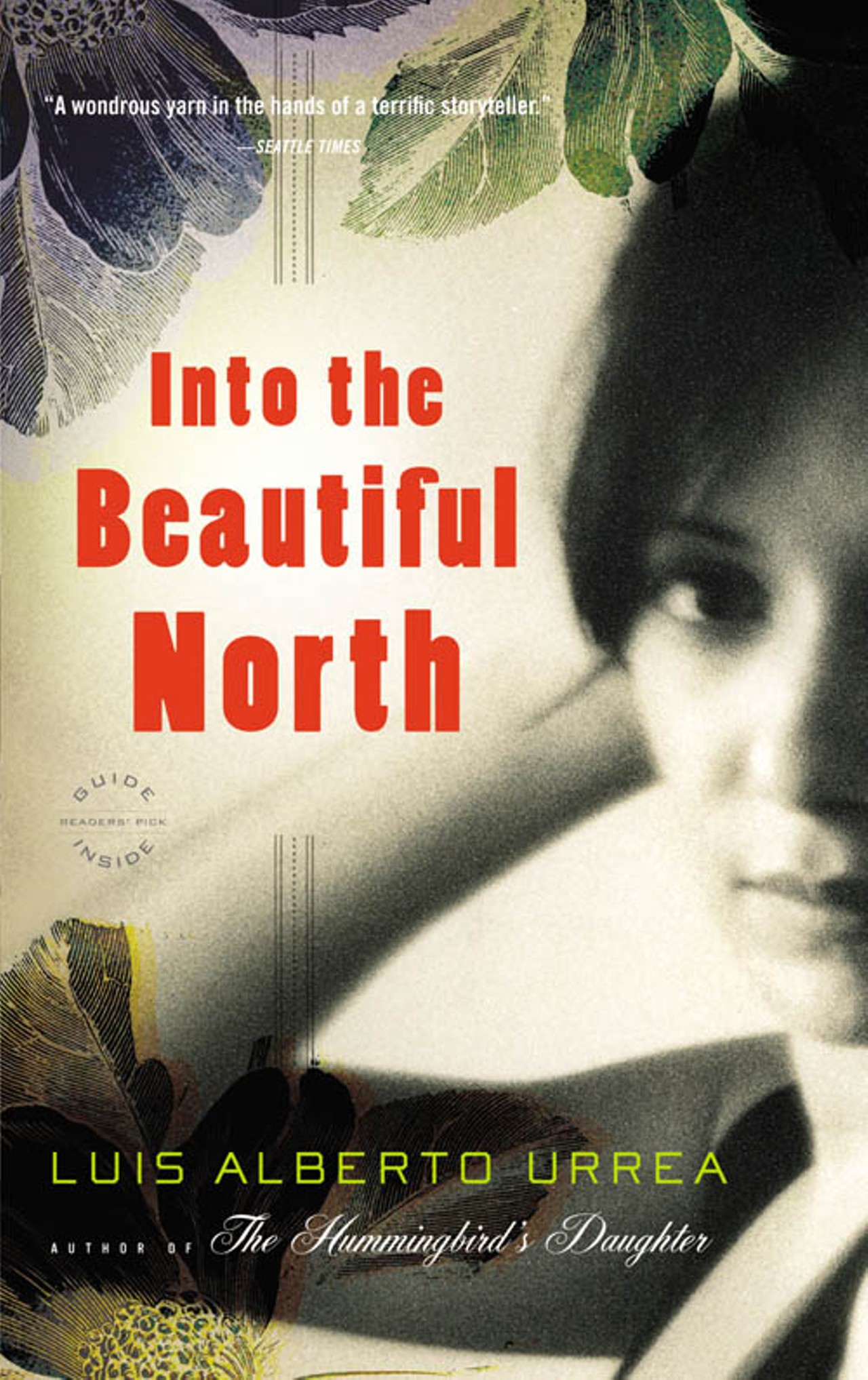 Luis Alberto Urrea, Into the Beautiful North: A Novel. Little, Brown and Company. 2009.

Nineteen-year-old Nayeli works at a taco shop in her Mexican village and dreams about her father, who journeyed to the U.S. to find work. Recently, it has dawned on her that he isn't the only men who has left town. In fact, there are almost no men in the village--they've all gone north. While watching The Magnificent Seven, Nayeli decides to go north herself and recruit seven men--her own "Siete Magnificos"--to repopulate her hometown and protect it from the bandidos who plan on taking it over.

Filled with unforgettable characters and prose as radiant as the Sinaloan sun, Into the Beautiful North is the story of an irresistible young woman's quest to find herself on both sides of the fence.

Article about the UCSB Reads 2017 selection on the UCSB Current.

"Urrea brings his story to America, and he then brings it back to Tres Camarones, and readers who take this round trip will be glad they did. As great a pleasure as it is getting to know these characters, it’s an even greater pleasure getting to know Urrea himself, as he methodically matures into a truly formidable crafter of sunny fiction.” OL Weekly

"In his wonderful comic satire...Urrea uses a breathtaking Mexican magical realism to construct a shimmering portrait of the United States." Denver Post

"It only takes a few pages of Luis Alberto Urrea's thoroughly enjoyable Into the Beautiful North to start you wondering whether this book will break or warm your heart...So which is it?...A little of both, of course, much like the shared history of both [the U.S. and Mexico]." BookPage

"Among the many pleasure of Into the Beautiful North is its big-hearted view of the United States as a foreign country. Since this is a quest, not a political novel, Urrea never gets bogged down in messages." The San Diego Union-Tribune

"Urrea's meticulous detail makes the story come to life...Not to trivialize, but these characters cry out for a sequel--maybe a telenovela? They are too good for just a single outing." The Seattle Times